This review appeared in Poetry International on November 25, 2017.  Or read it below.

Micro Review: Chant of a Million Women by Shirani Rajapaske 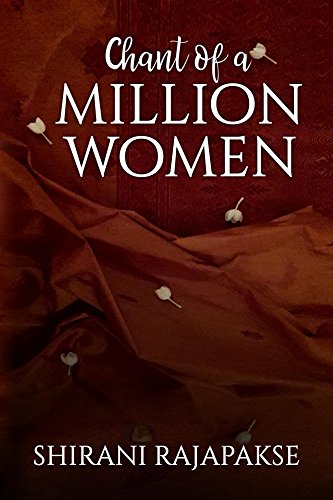 Chant of a Million Women by Shirani Rajapaske

In her book Chant of a Million Women, Shirani Rajapaske’s poems read as tributes to women all across the spectrum – transwomen, women of color, immigrant women, and women across socioeconomic classes. She is unafraid to tackle uncomfortable or taboo topics such as female mutilation or rape, while softening them with beautiful language. For example, in the poem “Mutilated” she describes the sewn-shut labia of one woman:

“Lips you yearn to kiss, mold
to your soft being. Soft, pliable rubies
hidden forever from view.”

A theme across her poems is the struggle women face to overcome inequalities in a male-dominated society. Several of her poems such as “I Live in Dreams” and “Lost in Thought” are about women wanting to go beyond their current lives, to achieve more and to escape their norms. In the poem “Major Minority” she more directly addresses this topic, relating it to the “major minority” of women in the country who feel as if their voices, and votes, don’t stand a chance within the patriarchal political structure. Of the subject of abortion, she writes:

“Entombed from the womb
by man-made rules,
religious decrees you twist, like you did the
bougainvillea vine outside the window, to
suit your wishes and not any
God that ever was.

You amuse yourself in a childish game,
playing God almighty to trap me.”

Men in power twisting rules regarding women’s reproductive rights is something that all women, regardless of socioeconomic status, race, creed, can relate to. Touching on topics like these makes Rajapaske’s poetry universal. While her language takes the reader on a journey filled with beauty inside of the darkness of the topics.