Fallen Leaves my latest poetry collection is out now in paperback. You can get it at Amazon. The ebook will follow shortly.

Rajapakse uses poetry to look at the conflict that raged in the tiny island nation of Sri Lanka for close to three decades. People from all walks of life, ethnic, religious and age groups suffered. The Tamil terrorists disrupted life and property all over the country for three decades, while for a few years in the late 1980s a Marxist guerilla group caused chaos. The JVP was wiped out in a few years. The Tamil terrorists however took much longer.

These poems are a reflection of the time. They take on voices of people from across the divide and speak of the incredible loss the people all suffered.

They are dark yet thought provoking. They speak of a moment in history when people lived amidst a sense of helplessness and fear of terror.

It is dedicated to “all those we lost along the way.”
Blurb

She tried to recall the

day he walked out, the day she

last saw him and the exact moment

she heard his voice on the phone assuring her

all was well. And then

What happened? What went wrong?

She would never know. There was no

one left to respond, and those that were there

didn’t dare speak up as the reasons for

so they kept quiet and hoped in time

For close to thirty years the tiny island nation of Sri Lanka was embroiled in conflict.

In the early 1980s the Tamil terrorists – the LTTE – took to war to demand a separate homeland in the north of the country, despite a considerable number of Tamils living in the south. They began intensifying their demands by causing damage in all parts of the country. LTTE women suicide bombers blew themselves up in crowded public places in the mainly Sinhala dominated south, while explosive packed trucks rammed into building destroying lives and infrastructure.  As a response to and protest against the LTTE, the Marxist JVP guerillas created unrest in the south. People who didn’t listen to the JVPs diktats were kidnapped or killed. Those suspected of being JVP members were hauled off by the armed forces and taken in for questioning. No one was safe. Everyday brought fresh news of death or disappearance while bodies burnt on the sides of roads.

The government responded by hounding the JVP and ending their reign of terror within a few years. But not before thousands of young men and women were sacrificed. The LTTE, however, could not be eliminated so easily. They continued to wage war for close to three decades. Attacks on civilians took place so regularly that violence became more common than peace.

And where there was conflict there was devastation. People’s lives changed so drastically that no one ever though they would live to see a day when they could walk the streets unafraid. But that day finally did become a reality in 2009 when the LTTE’s guns were silenced, although it was at a cost to all citizens.

Fallen Leaves is both a look at the past years and a tribute to those fallen heroes, friends and family that never made it. They take on the voices of people from across the divide and speak of the incredible loss everyone suffered. It is also a reminder that guns don’t solve problems, but creates more hardships for everyone.

Part I focuses on the JVP years while Part II looks at the LTTE conflict.

I Exist. Therefore I Am won the State Literary Award 2019 in the short story category. 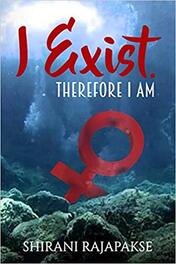 Two of my poems are included in this anthology that celebrates the life of Dr. Martin Luther King Jr. and Anne Frank. Congrats to all the other writers featured here and thanks to the editors for putting together this amazing collection.

This came today. Congrats to all the semi-finalists, finalists and winners from the other categories, and thanks to the Judges and to Jeff Bennington, founder,  Kindle Book Review for organizing the prize.

Chant of a Million Women

I am both thrilled and humbled that ChantofaMillionWomen won the KindleBookAwards in the #Poetry Category. Congrats to all the other winners and finalists. It feels amazing to be among such great writers.

Chant of a Million Women is a finalist in the 2018 Kindle Book Awards. Check it out below or go to the official awards page.

The 2018 Kindle Book Awards is Sponsored by…

Chant of a Million Women is a semi-finalist in the 2018 Kindle Book Awards.

Or check out all the other categories.

I’m the featured writer in Who’s That Indie Author? today.

Favorite thing about being a writer:  I love the freedom to write what I want. I’ve worked in journalism and research and although they too involve telling compelling stories, they are based on fact. In fiction or poetry you can risks, creating total worlds out of mere pieces of facts. I also think it’s an effective way of telling a story that might otherwise not be told, like a narrative about a rape victim or a woman who has been murdered. In fiction we can create her world and tell it from her point of view.

Biggest challenge as an indie author:  Breaking News my first publication, was through a small press in Sri Lanka. When I decided to self publish my poetry collection Chant of a Million Women, I had to work twice or even thrice as hard on the book. Because I was doing it on my own I had to learn everything from start. It felt like going to school, trying to learn about self publishing, how to format a book, do covers (although I got someone to design it for me), and marketing and promoting. I thought writing the book was hard, but turns out that was the easy part. The biggest challenge is in marketing and promoting.