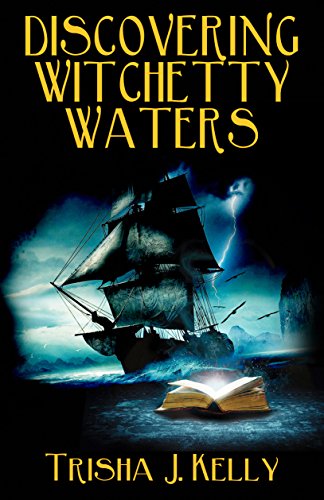 When Scarlett and Mason leave their humdrum Norfolk lives and move to an island off the Kentish Coast with their parents, their world is turned upside down. Their new home at Waters End on Witchetty Waters is just about as exciting, scary and as far away from ‘normal’ as it can get.

Strangers gift them skull rings with magical powers, spell books are dusted off, and a weird axeman/forest dweller seems intent on scaring the living daylights out of the unwitting family.

Scarlett, a 13 year old bookworm, and Mason her 9 year old brother, whose favourite hobby is to play practical jokes on everyone, are about to discover the real reason they have moved to Waters End. And it’s all to do with an ancient quest which dates back to the 14th century.

Of course, they can’t do it alone, and helpful or otherwise, there is a whole host of magical, weird and wonderful creatures, fairies, goblins, sprites, witches and wizards to impact on their rollercoaster adventure at every turn.

Can this young pair lift the ancient curse and right the wrong from Medieval Times? Will they follow orders or face being trapped in an alternative 14th century forever.’

The Ravens started their screeching and flew high over the trees, totally thrown off course, one part of the sky was day, another small part was night, and where was the man that had lived in the woods, and the house that they flew to each night? They flew around bewildered and squawking.

Very soon afterwards, the pair found the stream and the water in it was the purest they had ever seen. They carried on walking against the flow of the water and would stay on this path until they found the source. Convinced that it would be the location of the bay and the inlet from the sea.

“Listen,” said Scarlett. “Do you hear something?” Mason stopped walking, he could hear a funny small high pitched voice.

“Yes,” he said and looked upwards, high up in the trees were small glowing lights that danced around.

“Shall we take a look up there, see what it is?” he asked his Sister.

“I think we should,” she said and they both bent down onto their knees. “On the count of three,” Scarlett said and they pushed down on the knee pads, one, two, three times and leapt straight up.

Grabbing at the branches as they shot up high into the air they found themselves face to face with some strange little beings. 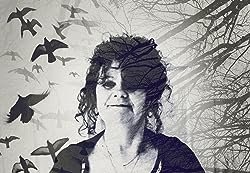 I am Trisha J.Kelly I live in the UK, married with two grown sons and two grown dogs! I love to write and the inspiration for this series came from an idea loosely based on myself and my Brother as children. The idea escalated into a marvellous fantasy. So this is the intro for the book and the link to the book. It hit No1 Best-Seller in fantasy and all books have 5* reviews, I am so pleased the story is being enjoyed so much.

‘Discovering Witchetty Waters is an exciting children’s fantasy story which will keep you gripped from the outset (regardless of whether you’re a child or not!)