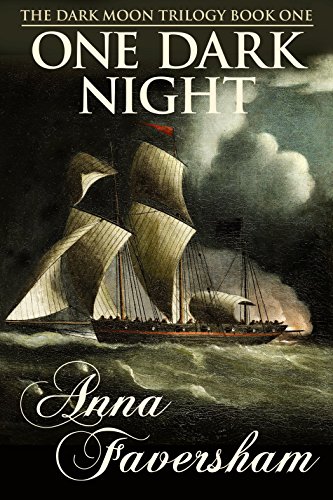 A romantic thriller mystery. It is 1821 and smuggling is rife on the English coast. Lucy Yorton finds it impossible to know who to trust, while those around her suspect she is a spy and treat her accordingly. Her problems increase when two men enter her life: one a smuggler and one a King’s man sworn to hang the other.

“To reach the porridge on the stove, Lucy had to pass Daniel and the dog, and neither moved. Rather than squeeze between him on her left and the kitchen table, she walked around the other side, collecting a bowl as she went. Still Daniel did not make way for her. “I would be obliged, Mr Tynton, if you would move just enough for me to reach the pot.”

“Say that again and I’ll move.”

Lucy raised her eyes to meet his sparkling blue ones. He was jesting. “Why?”

“Why?” Lucy wondered if it was wise to hold her ground now that Daniel was no longer a boy.

“It’s good to see you’ve still a lot of fight in you, Lucy. I’ve been hearing a few tales.” He nodded his head in the direction of the scullery. “But I can hold out longer and I’ll not move until you say that again for me.”

“Why?” The word had come out quicker than she’d intended. Should she play these games with someone who held her livelihood in his hands?

Daniel took hold of her frozen hand. Lucy withdrew it and immediately regretted her instinctive reaction. His eyes had not left her since she’d walked through the door and her nerve was failing. “You don’t talk like the rest of us round here. I’ve missed your voice and, like me Ma says, you sound like you’re from the gentry.”

He meant it. Lucy could see that gentle look appearing in his eyes, the one she took to bed with her and to her sanctuary on the cliffs, the look which warmed her and fought to stay in her fading stock of cherished memories. Playfully, Lucy dropped him a curtsey and said, “Kind sir, I would be obliged if you would move just enough for me to reach the pot.”

I have lived most of my life in Kent, England but I’ve also lived in New Zealand and central Africa. Both had a lasting influence. Africa dragged my love of writing to the surface. Living some forty miles from the nearest tarmac road and seventy from anything pretending to be a bookshop, I soon ran out of bedtime stories for the children. Scribbling began.

On returning to England, fiction had to take a back seat as real life took over, you know the sort of thing – a proper job to keep feeding the mortgage and the growing family, and chores, chores and more chores. But a love of writing finally erupted into regular tap-tapping. I’ve written and read for the BBC and published short stories.

Finally, a little more time was found, three novels have been completed, and more are in the pipeline. And what do people say about the books?

“A clever mixture of suspense, romance and time travel” – Hide in Time, Elizabeth B, Amazon.co.uk

The book is also available here and here.