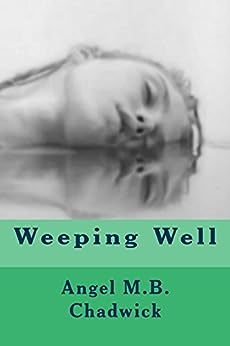 Weeping Well (Vol. I) is the first book in the four book series. I wrote it as a standalone so there are no cliffhangers. It is set in 1989-2008 and begins with an Irish immigrant family who are torn apart by a tragedy. It’s also a coming of age story and takes many plot twists and turns that focuses on other plots and subplots. It begins in Mississippi and mostly centers in the UK, and some in Japan. There’s lots of diversity in the romance and the interaction of the characters as well as the plot and storyline. Although the romance isn’t the central plot it is there throughout, and there is action, adventure and suspense, mystery and it’s also a thriller with some sci-fi elements.

“You’ve crossed legal boundaries. This department will not be a party to your vendetta.” The inspector retorted.

“I know you want justice. But breaking the law isn’t the way,” the Commissioner gave her a warning look.

“You’re throwin’ a bloody wrench in it. That’s for sure. A man is dead. Let us do our job and we’ll let you do yours, within the law, Miss Murphy,” the Commissioner said curtly. 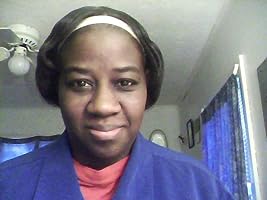 My name is Angel Chadwick. I was born and raised in the U.S. I have a nine year old son who is autistic/nonverbal. I started writing books when I was 13 years old. I’ve been writing for 26 years. I’ve gone to three colleges. I have a background in Business, Advertising, Marketing, Psychology, American and English Literature, Journalism to name a few. I’m a reader, indie author, reviewer and sometimes I like to come up with inventive ideas, specifically for disabled families. My favorite authors are Edgar Allan Poe, Henry David Thoreau, Bret Harte, Tennessee Williams, Sylvia Plath, William Shakespeare to name a few. My favorite t.v. shows are Monk, Grimm, Supernatural, Sherlock, I love Agatha Christie books, I’m an Alfred Hitchcock fan. I loved the Twilight Zone, The Outer limits, some of my other favorite t.v. shows are Queen Sugar, Greenleaf, Underground.

Visit Angel’s Amazon page. She is also on Goodreads.